I don't know what's going on anymore, guys. I have no idea what to feel, think or do about all of this. I haven't had the motivation to do captions in quite awhile. I haven't really felt the motivation to do anything beyond continuing that story I was working on and even that's come to a crawl. I kind of feel like an ass for never communicating with fellow captioners or Haven members. I feel like a hypocrite for being a feminist and continuing to host a site that features captions describing men becoming women, at times not wanting to be so. Making it worse is my reaction to this post:

My reaction is this: Holy shit, is that response a fucking problem. Whoever runs that site completely dismisses the anonymous woman's complaint, then goes on to say that the site doesn't demean women, it demeans 'sissies'. That doesn't make it any better-- in fact, instead of demeaning women, it flat out insults RL transgender people. The whole response is condescending and it sounds like someone trying to justify being misogynistic.

That's where it really gets me, though: Who the hell am I, a guy who also runs a TG caption blog, to criticize?

And that's where I currently stand. I don't have an idea for a caption anymore. Yes, I'm aware that I'm in debt to other captioneers (me in debt, go figure) and I might repay them in kind, but I don't know if I'll ever do anything further than that. I might be done. Like I said, I don't know anymore.

Just so you guys know and aren't actively looking in caves for something that isn't there. Happy Holidays!
Posted by Stephanie Bolt at 6:37 AM 4 comments:

I've changed one of the reactions after a long time of considering it because it's incredibly rude to the members of the Haven when I post one of theirs up and kind of off-putting to me when it's one of mine. If there are additional changes to be desired, feel free to comment below.

Off-topic, but addressing the whole controversy on GTAV and their treatment of transsexuals: No shit. A frequently misogynistic game that has you mowing down innocents, cops and thugs alike is also demeaning to the transsexual community. Who'd have thought.
Posted by Stephanie Bolt at 10:15 AM 4 comments: 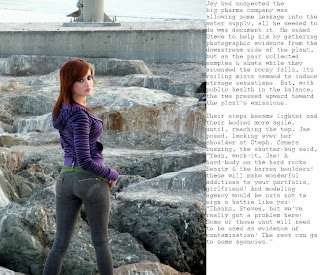 If any of you read the comments associated with any given post on this blog (like I should do more often than I have), you'd see w8z2x4m's take on "Hell of a Year". This is that take, in caption form. A thanks and shout-out to Elle and an invitation to all to send me your ideas for the photo. :)

Posted by Stephanie Bolt at 8:06 AM 3 comments:

To have this worthless piece of meat instead

And this final one comes from AnneOniMouse and also features Liz Vicious. Like what you see? Anne has a caption blog, a Tumblr, and more of her special works can be found at the Haven. Of course, I've told you about the Haven before....if you haven't already, sign up for an account today! 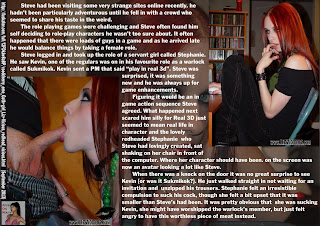 This one's from commentator and it features Liz Vicious. How can I say no to that? If you're intrigued by this, she has a blog herself you should check out. Enjoy! 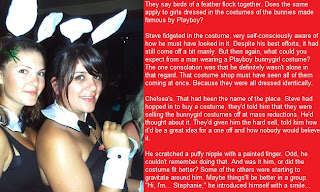 This one's from Chelsea and it involves bunny girls so you KNOW it should be good ;) 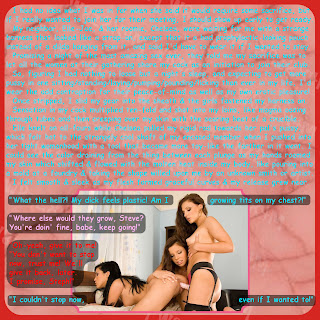 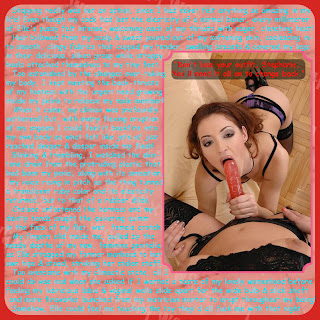 This one's from w8z2x4m. Her site is here if you want to see more ;) Otherwise, enjoy!
Posted by Stephanie Bolt at 2:50 PM 2 comments: 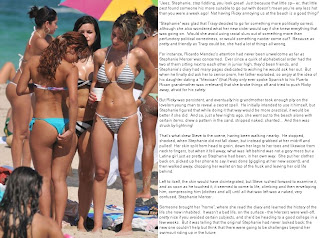 Once again, I apologize for my procrastination/whatever. Coming up here are a few guest captions from members of the Haven. This first one is from JaySeaver. Hope you like it, for I did! :)

This one is made for The Captain at the Haven. If you haven't already got an account there, you should, as they have far more captions than the intrigued heart could desire. Take a journey today. Anyway, enjoy! 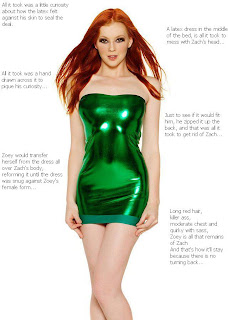 Hell of a Year

Aaaaaaaaaand I'm back again with two captions! Here's the first, a capback for JaySeaver at the Haven for her 'Flying While...' cap. Enjoy! 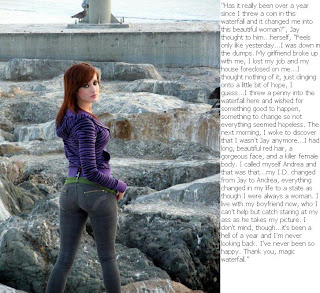 To be honest, I've been sitting on this image for a while. Quite a sexy one, too. Millions of stories could be told here and I chose this one. What do you picture when you see this photo?

See What Everyone Sees

The History of Stephanie